Eric Close (Actor/Director) – Persistence And Being Ready For Opportunity [Podcast]

This week Kevin and Paul are joined by Eric Close.
Eric is an actor, director, and writer. He has had the privilege of starring in a number of series for television and MOW’s during his 30-year career including hits Without A Trace, Nashville, and Suits. 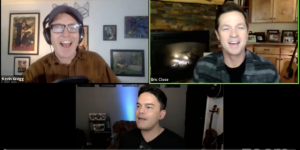