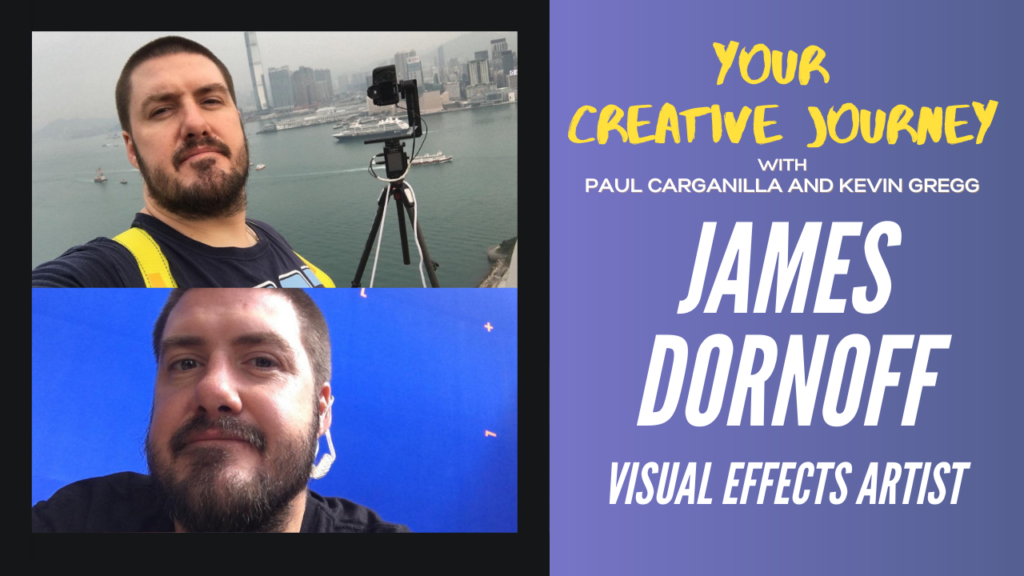 James Dornoff has been working in Visual Effects for the past 20 years, from the MATRIX movies to PENNY DREADFUL: CITY OF ANGELS; GARFIELD: A TAIL OF TWO KITTIES to SERENITY; BATMAN VS SUPERMAN to GODZILLA VS KONG; PROJECT POWER to NEW MUTANTS, JOHN ADAMS to HEREAFTER; AVENGERS to JUSTICE LEAGUE.   He’s spent time on both the vendor side working through all stages of shot production to the client-side getting the raw materials for shot production.   VFX for him has been a love, a passion, and many times a place of frustration and feelings of solitary confinement.  He has traveled the world capturing amazing vistas and has also been locked up in dark spaces trying to get renders through to final shots.  It is one side of the industry where you get to make the magic happen from previz to final shot sequences seen on the big screen.  You are sometimes there from conception (pre-production), to gestation (production), and to birth (post-production) of movies/tv projects.   It’s a place you get to be a part of almost all aspects of film-making and still stay hidden in the shadows depending on the project.   It’s a love-hate relationship but ever-evolving with new technology and old tricks.