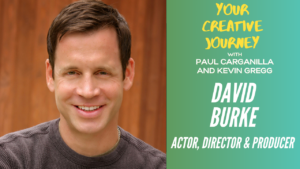 David also originated the role of Arthur in the TV’s first iteration of the cult sitcom,
The Tick with Patrick Warburton.

David is also the founder and Co-Executive Producer at Ten28 Avenue P Productions, a film production company dedicated to telling stories for their clients with clarity and creativity, emphasizing optimism and a positive message.